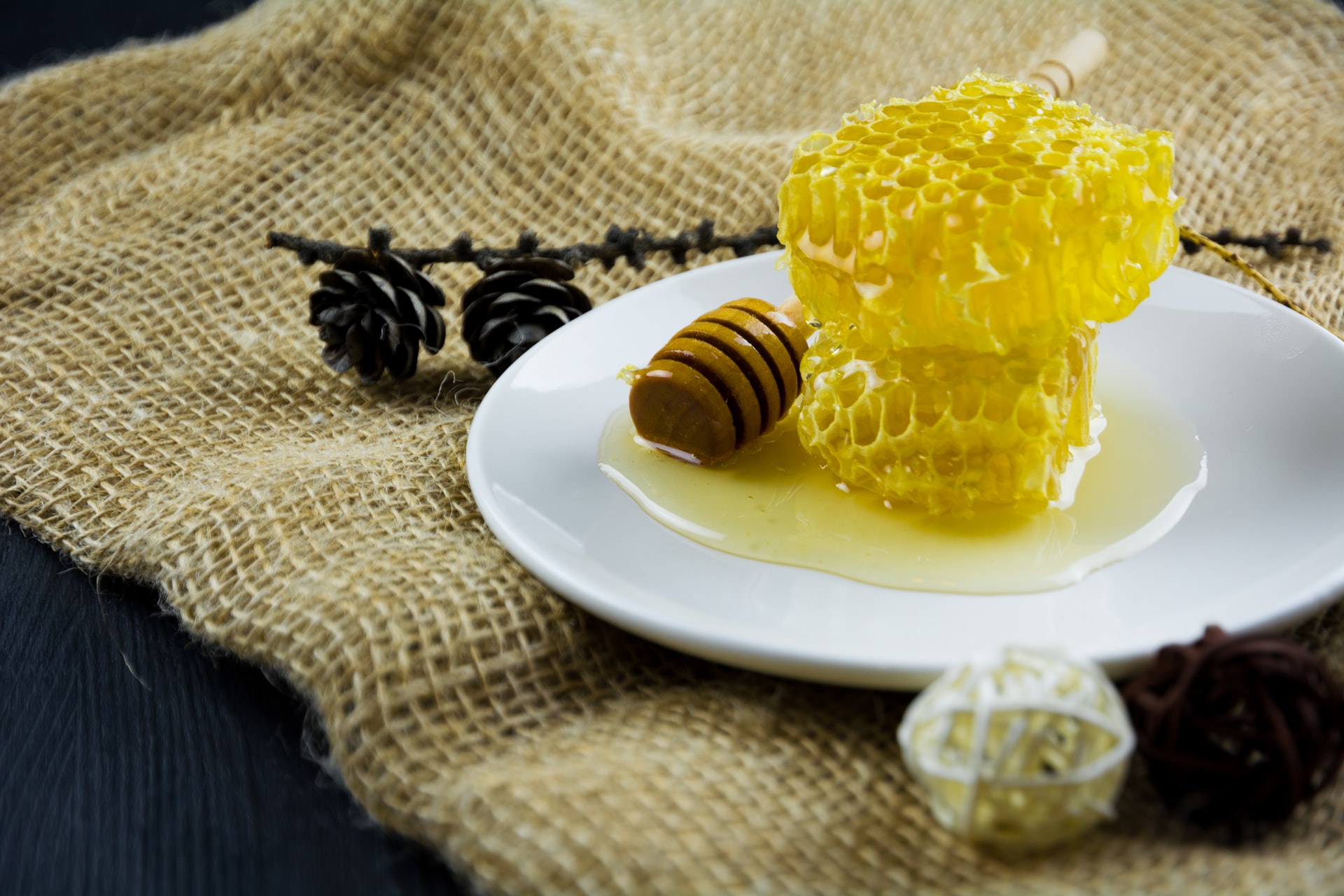 Raw honey has been revered for its amazing taste and health benefits for thousands of years. Archaeologists studying ancient Egyptian tombs discovered plenty of interesting things when they unearthed mummies and skeletons. For example, Egyptian kings’ bodies were placed in wooden ships, on the theory that the ship would take them from this life to the next. Accompanying them in these tombs were gold, silver, artifacts, and honey!

What was remarkable was that though, of course, the bodies had decomposed, the gold, silver, and honey were still there and the honey was not spoiled. It’s no wonder this amazing natural food has been treasured throughout history. It stayed unspoiled without refrigeration, whether kept warm or cold.

It has long been used as a folk remedy for everyday cuts and scrapes. This practice was quite common before the days of antibiotic creams, iodine, and mercurochrome, and it worked very effectively and quickly.

Besides being a natural antibiotic, honey is a terrific source of B complex vitamins, as well as minerals and a substance called propolis. Propolis is a type of natural resin that bees collect from sap flows, tree buds, and other plant sources. The bees use it to seal off unwanted gaps in their hive. Propolis repels bacteria, and contains some hydrogen peroxide as well as amino acids and natural sugars.

The natural sugars found in the propolis in honey are broken down and absorbed by the body very slowly. Because of this, even diabetics can use modest amounts of honey in their daily diet without causing dangerous spikes in blood sugar.

A tablespoon of honey taken once or twice a day allows the average adult to take advantage of the many beneficial properties of raw honey. Many people enjoy it in tea.

There are many differences between raw honey and the honey commonly found in grocery stores. Grocery store honey does say “Natural” on the label, and that is true, in that it comes from bees. However, honey bought from the grocery store has been pasteurized, unlike raw honey.

Raw honey solidifies within a few weeks, turning into “honey butter” in its natural progression. You can easily turn it back into liquid by putting the jar in a pan of hot water for a little while. That way it will be easy to spread on toast or drizzle on cereal once again.

The honey that you buy at the grocery store, or anywhere else you by something other than raw honey, has been boiled to improve its shelf life. This process destroys many of the nutrients and enzymes in raw honey and turns honey into what is basically an alternative source of carbohydrates, like white sugar. The last thing most Westerners need is more empty carbohydrates in their diets!

The benefits of raw honey (which was all that was available for most of history) have been extolled in the holy texts of several world religions, including the Torah, the Bible, and the Koran. When these texts speak of the wonders of honey, they were by definition referring to raw, unpasteurized honey.

Raw honey is a wonder food that you can keep right on your kitchen counter as an all purpose, natural antibiotic for your insides and your outside. Honey has been used to fight maladies like colds, flu, and other viruses. It has been used to fight ulcers as well. Just two teaspoons of raw honey each day can be very beneficial to those with ulcers.

Raw honey, which contains minimal amounts of various pollens and some tiny wax particles, is highly coveted by those who suffer from allergies. It is believed that the pollen contained in raw honey lowers the sensitivity to seasonal allergies.

Wound gels have been developed in recent years that contain raw honey, and they have received regulatory approval for use in the care of wounds. These gels are used to fight drug resistant skin infections such as the dreaded MRSA (methicillin-resistant staphylococcus aureus), and may have other medical uses. The antibiotic properties of raw honey result from its low water activity, its hydrogen peroxide effects, low pH (high acidity), and the presence of a substance called methylglyoxal.

It should be noted that honey shouldn’t be fed to babies under one year old. Young infants’ digestive systems are not able to destroy the botulinum endospores that are contained in honey, and there is a small risk that they can contract botulism. However, once they reach the age of 12 months, infants have digestive tracts that are capable of safely digesting honey, and can begin incorporating this amazing food into their diets.

While honey alone is an amazing natural food, when combined with good general nutrition, and other vitamins (like vitamin C), it is a tremendously powerful promoter of great, robust health. It’s easy to find information about raw honey, not only on the internet, but at your local library as well. After all, the many benefits of raw honey have been extolled for hundreds of years before the arrival of the internet, and it will continue to amaze as new uses are discovered for this remarkable natural healer.